The U.S. Department of Defense (DoD) needs a scalable way to manage fleets of unmanned autonomous systems (UASs). We created multi-agent planning techniques, middleware, and algorithms that enable single users to manage fleets of UASs and that account for changing adversaries in real-world environments.

Due to the low-cost, high-impact potential of autonomous vehicles, future military engagements will feature robotics at larger scales, for both allied and enemy forces. But real-world, wireless control of collaborative robotic systems remains a challenge, and DoD missions often involve an adversary.

Current technologies for managing fleets of UASs are limited. Fielded technologies have focused on one or more pilots operating each UAS, which has a high training and personnel cost. Research has focused on centralized controllers with full connectivity to the fleet and perfect, static adversary models. But these centralized control stations are prone to failure, messaging and information bottlenecks, and enemy attacks. Even under the best conditions, centralization causes scalability and latency issues, and the environment can cause loss of service via natural obstructions, radiation, and interference. Adversaries take advantage of these limitations by jamming controllers or shepherding agents out of range.

To further our work in collaborative autonomy and robotics, we team with Manuela Veloso, Head of the Machine Learning Department in the Carnegie Mellon University (CMU) School of Computer Science, and Paul Scerri, formerly a Senior Project Scientist at the CMU Robotics Institute and now the president of Platypus LLC. To help target our research to DoD-relevant problems, we engage in information-sharing sessions with members of the Air Force Research Laboratory. 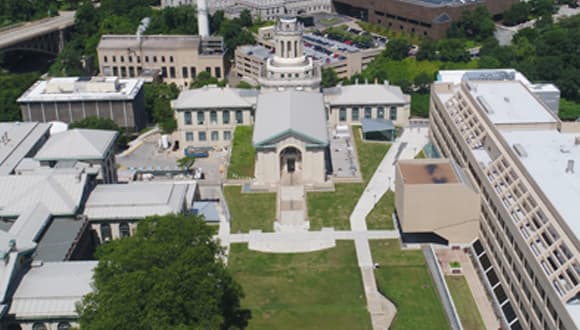 The Multi-Agent Decentralized Planning for Adversarial Robotic Teams (MADPARTS) project addresses next-generation autonomy issues by developing decentralized multi-agent planning techniques that include a changing adversary model in a real-time mission environment. Our aim is to enable one person to command an entire fleet of UASs to perform mission-level tasks. With a focus on scalability, we developed middleware and algorithms that provide predictable control of UAS logic, threads, sensors, actuators, and software components.

Our scenarios for testing MADPARTS featured two teams: a team of collaborative robots in a patrol, force-protection, or intelligence, surveillance, and reconnaissance (ISR) scenario and a team of adversarial robots attempting to gain ISR on allied forces or neutralize an important allied asset. The challenges in planning for adversaries in real mission environments include adapting to an intelligent, learning adversary, so adversarial models must dynamically change. The collaborative AI must react to these changes in adversarial behavior. In real-world environments, the planner must be decentralized, so that one disconnection does not cause a loss of control that results in mission failure.

In our experiments, adversaries feint, juke, and move in unpredictable ways to gain line of sight on an important target. They move around the target, looking for an opening. As they do, our algorithms work to prevent line of sight. Protector agents collaborate to create zone defenses, in which they move between an adversary and the target, or onion defenses, in which they layer defenses between the adversary and target. The result is a collaborative, robotic wall between the opponent and the target.

We first evaluated our algorithms in Virtual Robot Experimentation Platform simulations using a verification technique called statistical model checking. We ran hundreds of thousands of simulations, but with perfect GPS localization and communication, using our middleware in Ethernet-connected networks. Our algorithms prevented line of sight between an attacker and the target more than 99.6% of the time. After achieving such high confidence in our defensive techniques, we then transitioned our experiments to field robots.

We selected Platypus LLC's Lutra platform, a type of unmanned prop-based boat platform, as a test vehicle and worked with the local company to field a fleet of seven Lutra systems on lakes near Pittsburgh. In field trials, with imperfect communication and GPS localization, the defensive formations were able to prevent line of sight between the aggressor and the target more than 97% of the time, even when the aggressor was twice as fast as the defenders! 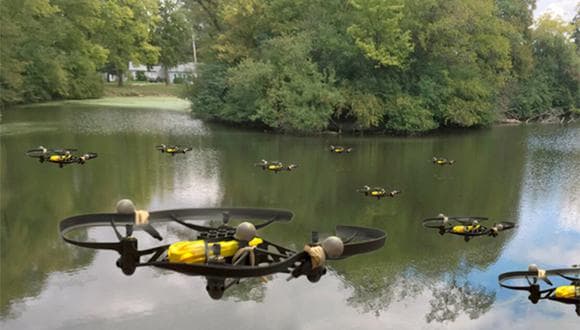 GAMS is a distributed operating environment that controls one or more unmanned autonomous systems (UAS).

Our middleware—GAMS and MADARA—are core software candidates for the Air Force Research Laboratory’s Autonomy for the Loyal Wingman Program. This research also resulted in an invitation for our autonomous boats to participate in the NATO Center for Maritime Research and Experimentation REP17-Atlantic exercise. In addition, GAMS and MADARA are the core software architecture for autonomous operation for the Keck Institute for Space Studies’ Phase 1 Multi-Planetary Smart Tile. 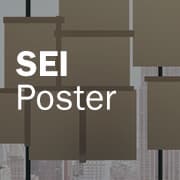 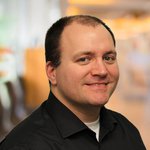 In 2011, the U.S. Government maintained a fleet of approximately 8,000 unmanned aerial systems (UAS), commonly referred to as "drones," a number that continues to grow. "No weapon system has had a more profound impact on the United States' ability to provide persistence on the battlefield than the...