Previously, Mr. Gilligan served as the CIO for the Department of Energy, where he led the Year 2000 efforts for the nation's energy sector and directed IT management strategies, policies, and practices for the Department, including information protection. He also held the positions of Air Force Program Executive Officer for Battle Management and Command and Control; Director of Resources, Deputy Chief of Staff for Command and Control, Communications and Computers (C4); Director of Software Architecture and Policy, Deputy Chief of Staff for C4; and Deputy Director, Worldwide Information System Program Office at Hanscom Air Force Base.

Mr. Gilligan is also a member of several boards and advisory groups including the Army Science Board; the Cyber Security Commission to Advise the 44th President; Hunter Defense Technologies; the Center for Internet Security; Armed Forces Communications and Electronics Association; and the National Academies of Science Panel for DoD IT Acquisition. 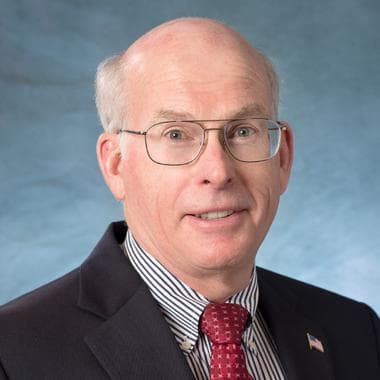