In 1992 McLaughlin was appointed assistant director at MIT Lincoln Laboratory and subsequently was responsible for advanced electronic technology, air traffic control and surface surveillance mission areas. Since 2000 he has been a consultant for strategic planning and advanced technology.

From 1960 to 1967, McLaughlin was involved in several small and medium-sized companies. From 1960 to 1962, he was a project engineer with Contronics, Inc., engaged in the design and development of automatic test equipment. In 1962 he joined the engineering staff of Deco Electronics, Inc., where he designed digital communications equipment. In 1965 he joined General Instrument, where he was involved with the design of sonar systems.

From 1967 to 2000, he served in a number of responsible positions at MIT Lincoln Laboratory. Initially, McLaughlin designed special-purpose digital processors for anti-jam communications systems and, later, high-speed signal processors. He established a laboratory for the investigation of GaAs laser diodes and participated in the design of an optical communications system. In 1972 he joined the Education Technology Group and was responsible for the design of computer-aided training systems; in 1974 he was appointed leader of the group. In 1975 he was appointed associate head of the Computer Technology Division and a member of the Lincoln Laboratory steering committee. In 1978 he was appointed head of the division with responsibility for programs in speech, radar, seismic and image signal processing, computer networks, digital process technology, digital integrated circuits, and machine intelligence technology.

For more than 20 years he has served as an advisor to the U.S. Department of Defense:

McLaughlin has also served on various boards and committees:

McLaughlin received a BS and an MS degree in electrical engineering from Northeastern University in 1957 and 1959. During 1959-60 he served as a lieutenant in the U.S. Army Signal Corps. Laboratory, Fort Monmouth, New Jersey, and was awarded the Army Commendation Medal for meritorious service. 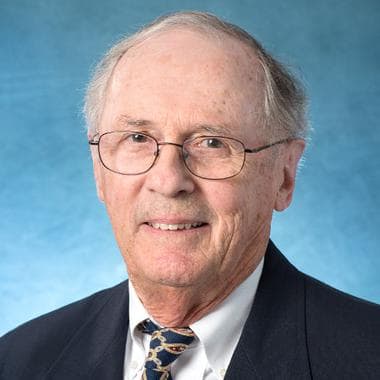