Elizabeth A. Hight is a retired U.S. Navy rear admiral who served as the Vice Director of the Defense Information Systems Agency (DISA).

Since January 2010, she has been with Hewlett Packard's Enterprise Services (HPES), U.S. Public Sector, first as Director of U.S. Defense Command and Control Infrastructure practice and then as Vice President of the Cybersecurity Solutions Group.

Prior to her DISA assignment, Hight was DISA's Principal Director for Operations and Deputy Commander, Joint Task Force-Global Network Operations from 2006 to 2007. As Principal Director, she was responsible for providing command, control, communications, computer, and intelligence support to the nation's warfighters. As Deputy Commander, JTF-GNO, Rear Adm. Hight was responsible to United States Strategic Command (USSTRATCOM) for directing the operation and defense of the Global Information Grid (GIG).

Rear Adm. Hight graduated Magna Cum Laude from Huntingdon College in 1974 and joined the Navy in March 1977. Her first duty station was Naval Communications Area Master Station Western Pacific, Guam, where she was the High-Frequency Receiver Site Division Officer. In 1979, she reported to Naval Air Station Pensacola, where she established the command's first Human Resources Office, followed by two years as the base Public Affairs Officer. In 1984, Rear Adm. Hight reported to the CNO staff (OP-094) as the Program Sponsor for the Ultra High Frequency Satellite Communications Program. In July 1986, she reported to the U.S. Space Command Directorate of Plans (J5) as a plank-owner, and in February 1988, she was selected to serve as a member of the USSPACECOM Commander-in-Chief's Group. In July 1989, Rear Adm. Hight reported to Director, Communications Security Material Systems as Executive Officer. In July 1991, she was assigned to the Program Executive Officer for Space, Communications and Sensors (PMW-146), where she served as the Assistant Program Manager for Operations.

In May 1993, Rear Adm. Hight reported to the Fleet Surveillance Support Command as Commanding Officer. In March 1995, she reported to the Bureau of Naval Personnel as the Assistant Branch Head, Fleet Support Assignments Office. Upon completion of that tour in July 1997, she transferred to the Joint Staff/J6, where she served as the Chief, Current Operations Division and then as the Executive Assistant to the Director, C4 Systems. In June 2000, Rear Adm. Hight reported as the U.S. Space Command Liaison Officer to the U.S. European Command, Stuttgart, Germany.

In July 2001, Rear Adm. Hight reported for duty as Commanding Officer, Naval Computer and Tele-communications Area Master Station Atlantic and Program Manager for Mid-Atlantic Region Information Technology. In June 2002, she was selected for promotion to Rear Admiral Lower Half and reported to OPNAV 6/7, where she was the Director, Net-Centric Warfare. 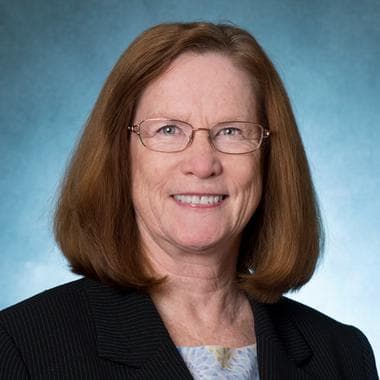