Mr. Stitzenberg is a Pittsburgh native. He is currently President of CBA Associates, a Global Supply Chain consulting company to clients in the pharmaceutical and cosmetics industries. Prior to his retirement, he spent 33 years in a variety of executive positions with Merck &Co., Inc.

He graduated from Carnegie Mellon University in 1963 and joined Merck in 1968 as Director of Information Technology. He held subsequent positions as Executive Director of Clinical Biostatistics, Director of Internal Audit, and Director of Corporate Planning and in 1979 established the Merck Animal Health business, a division of Merck dedicated to bringing human health medications to pets and livestock. In 1992, he was a principal in the formation of the Merial Company, a joint venture with Aventis (now Sanofi) of France to create the largest animal business in the world. He retired from Merial in 2003.

He is a Life Trustee of Carnegie Mellon and serves on the Audit and Compensation Committees of the Board. He is a member of the New Jersey Bar, an adjunct faculty member of Fairleigh Dickinson University, and Chairman of the Hudson River Walkway Conservancy.

He holds an MBA and a law degree, and he has a BS in Mathematics from Carnegie Mellon University. 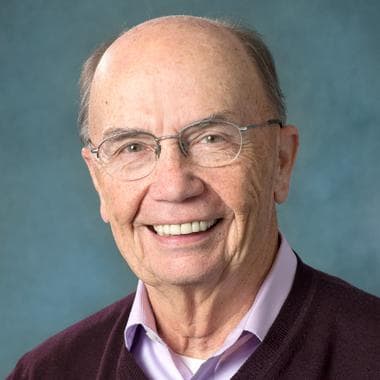