Charles Holland is the chief scientist of the SEI Software Solutions Division (SSD). SSD advances interdisciplinary science and technology and delivers solutions to assure the quality, timeliness, trust, and affordability of current and future software-reliant systems for the U.S. Department of Defense (DoD), other federal government agencies, and industry.

He joined the SEI in 2012 following a more than 30-year career directing DoD science and technology (S&T) programs. From 2012 to 2016, he worked through the intergovernmental personnel program and was assigned from the SEI to the Office of Naval Research Global, Prague, where he developed relationships between the Central European scientific community and the Naval research enterprise.

He received an Army ROTC commission upon graduation from Georgia Tech and served as a First Lieutenant in 1972 following completion of graduate school. His professional recognitions include the Presidential Rank Award, Meritorious Civilian Service Awards (OSD, Air Force, and Navy), appointment as an Institute of Electrical and Electronics Engineers Fellow, a Society for Industrial and Applied Mathematics Commendation for Public Service, and a Government Computer News Information Technology Leadership Award.

He received a BS and MS from Georgia Tech and a PhD from Brown University, all in applied mathematics. Following his PhD, he began an academic career with university mathematics appointments at Purdue University and the Courant Institute, New York University. 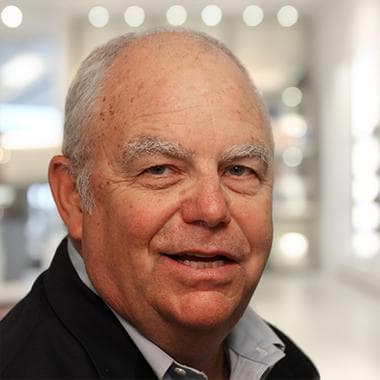