Nationwide IT is a Fortune 100 company with over $26 billion in operating revenue in the insurance and financial services industries. Nationwide IT began a journey into Lean and Agile in 2009 with small group of software teams and has expanded the model and practices to software projects across the enterprise.

SCRUM management practices and Extreme Programming engineering practices, sustained by processes and guidelines known as “standard work,” and supported by a culture of continuous improvement, have helped Nationwide IT achieve significant gains in productivity, predictability, quality, and sustainability.

Bringing to bear a host of technical elements, including performance modeling and analysis, multidisciplinary design optimization, cost risk analysis, and statistical test optimization, IDS DFSS has reduced lifecycle costs and, consequently, the cost to customers. Its statistical test optimization has been cited by a U.S. government organization as an industry best practice, as has its Design for Manufacturing and Assembly with Sustainment technology.

“Raytheon IDS DFSS has an impressive collection of improvement initiatives spanning early systems engineering through to development, test, and manufacturing,” noted the selection committee. “They focus on providing best value to a range of different customers and through a system’s life, and have a holistic view of system design.”

Watts S. Humphrey, known as the “Father of Software Quality,” followed his long career at IBM with an equally distinguished career at the SEI, where he served from 1986 until his death in 2010. For the majority of his career, Humphrey worked to improve the profession of software engineering by focusing on software quality. During his tenure at the SEI, he helped lay the groundwork for what would eventually become the Software Capability Maturity Model (CMM), the Personal Software Process (PSP), the Team Software Process (TSP) and the Capability Maturity Model Integration (CMMI). In 2005, Humphrey received the National Medal of Technology for his work in software engineering.

Award winners will receive an engraved plaque commemorating their achievement. Presentation of the award will be made at a practitioner and researcher community event at which the winner will be invited to keynote. Award recipients will also produce an SEI technical report describing their accomplishments, experiences, and lessons learned. 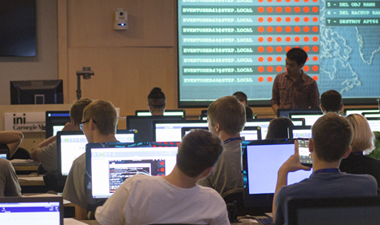